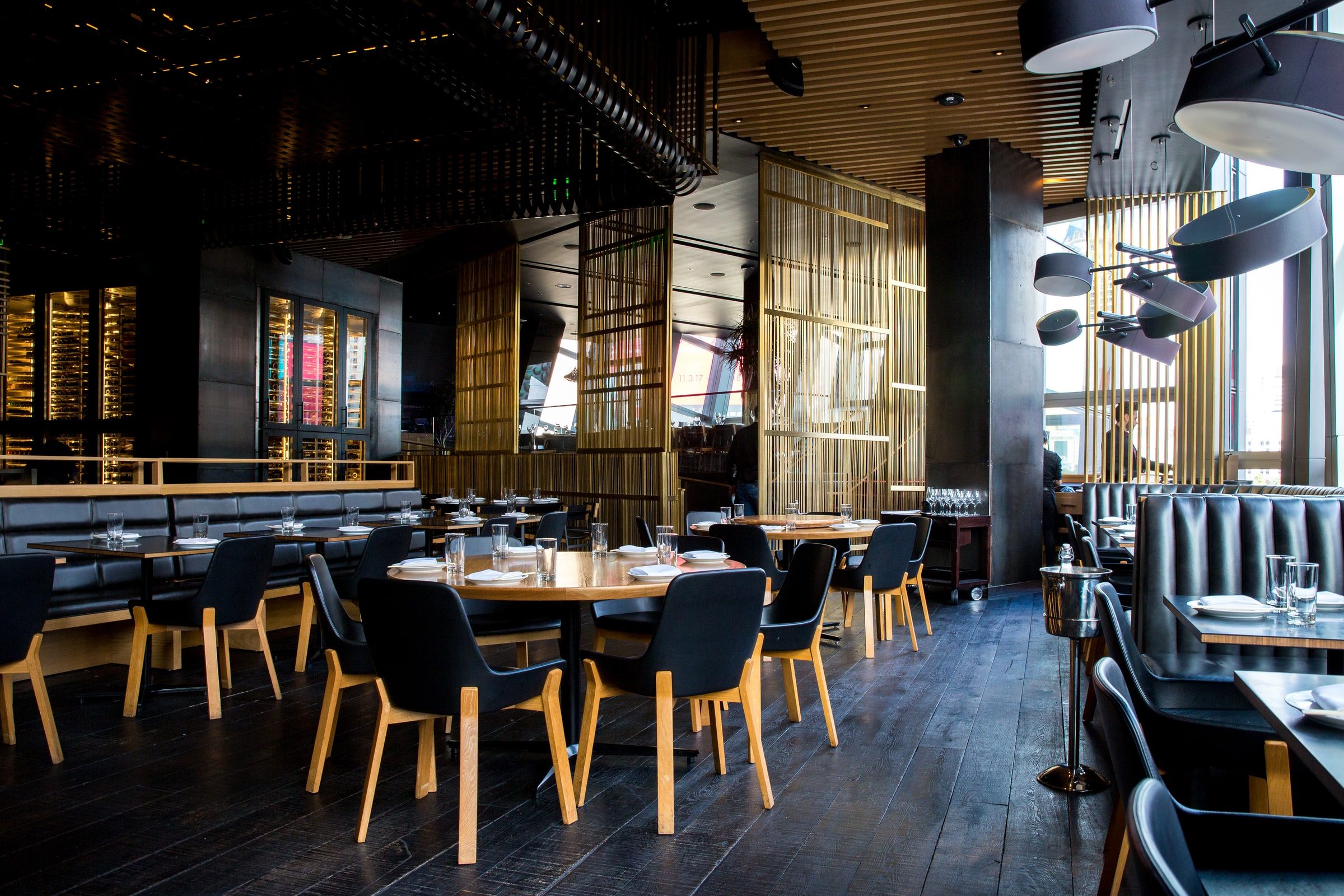 Restaurants are a bellwether of any economy, and while it was a public health crisis that slammed the door fast and hard on them this spring, a multitude of underlying issues means the long-term forecast for restaurants is dim. It’s important to understand these issues in order to begin thinking—and planning for—the next iteration of the American restaurant.

Related: A Look at the Restaurant Boom That Began in the 1990s

Michael Pollan wrote in the June New York Review of Books article, “The Sickness in Our Food Supply,” that the U.S. Food System is “exquisitely vulnerable” to the shock created by COVID-19. Indeed, demand for where and how Americans eat shifted practically overnight, exposing the fragility and inflexibility of a highly functioning (on the surface) system we have taken for granted. In the week ending March 29, 2020, sales at full-service restaurants declined 79%, according to an NPD Group report. Before the COVID-19 outbreak, on-premise dining represented 52% of restaurant industry dollars, and off-premise, such as carry-out, drive-thru, and delivery, represented 48% of revenue across the sector. This is significant considering that in 2019, restaurants generated $760 billion in sales, about 3.5% of the U.S. GDP.

As restaurants and dining services across schools and other institutions shuttered, the supply chains that serviced them couldn’t find their way to an American public suddenly sourcing, preparing, and cooking three meals per day at home.

What was happening to all that food that was supposed to go to restaurants? Initially, a lot of it turned to waste: milk was dumped, spring vegetable crops were plowed under, and a vast number of animals were slaughtered and buried, as supermarket shelves became sparse.

The emergency food network responded quickly and began diverting as much of this fresh, perishable product into soup kitchens, food pantries and other similar programs that serve our most vulnerable citizens. But even here, the prevalence of so much fresh, unprocessed product caused a logjam across the network, exposing a dire lack of refrigeration along with the lack of processing facilities to quickly transform raw ingredients into appropriate shelf-stable foods for those outlets. All this was happening as there was an exponential increase in demand for emergency food due to rapidly growing unemployment, including, notably, workers from the hospitality and restaurant sectors.

While many restaurants are still shuttered and may be closed for good, many chefs and others in the hospitality sector showed their mettle and pivoted to where there was need—and customers. Some converted restaurants to retail shops. Others transformed fine-dining kitchens and now-empty dining rooms into volume meal production enterprises serving essential workers and government programs. A New York City catering company CEO told me how the adjustment from $200-a-plate events to 40,000-60,000 packaged meals per week required a lot of retooling, mentally and physically. Still, the new business model allows them to “keep the lights on” and has instigated an awful lot of goodwill—in and outside the company. Farmers and distributors got creative too, shifting to direct-consumer sales with door-to-door deliveries. With household baking, cooking, and new cottage food businesses sprouting up across the country, those who could afford (and had room to store) a $250 minimum delivery’s worth of food were taking an edge off the lost restaurant sales for these businesses.

Related: Restaurants Sue City and State for More Than $2b Over Indoor-dining Ban

Participants all along the food value chain, from the largest businesses to individual households, began to understand the system’s cracks as emergency conditions forced them to look outside established paradigms for sales and sources of food. As new opportunities emerged, so did new connection points between purveyors and consumers.

As the pandemic carried on, its epicenter finally moved away from New York City and the devastation it wrought here. But another storm was brewing. The hospitality and restaurant sector has long suffered from sexism, racism and economic inequality. These issues did not just suddenly rise to the surface; they have been a slow burn for many years—decades even. The #Metoo movement in 2017 saw prominent chefs and restaurateurs accused of sexual harassment and misconduct, yet almost three years later many wondered what if anything had changed. The resurgence of Black Lives Matter after the murder of George Floyd by a Minneapolis policeman forced attention once again on industry-wide systems of sexism, racism, and economic inequality. While there has been a considerable effort over the last ten years or so to understand and repair the social inequities that have defined and enabled the prevailing social structures of the restaurant industry across the United States for so long, they were still present—and ripe for criticism.

The precariousness of the restaurant industry

To understand the fall of restaurants in 2020 and why it will be so challenging to bring back the sector as we know it is to realize that it’s not “just” a pandemic and a season of social reckoning that brought the industry to its knees. Instead, it’s a plethora of conditions that exist all along the ecosystem—from suppliers to landlords to bankers to federal and local policy to media—that contributed to the rise while also initiating an environment of dire economic vulnerability for chefs and restaurateurs. The structure of this sector was a house of cards.

Let’s step back and remember the days before chefs were celebrities. Twenty years ago, advocacy in this sector meant bringing recognition to chefs’ creativity and excitement about their culinary talents. Putting chefs in Americans’ minds and hearts helped elevate American cuisine, a movement initiated by the James Beard Foundation. The Food Network built on this and catapulted chefs to celebrity status. These efforts, among others, helped fuel a movement to honor and praise American cooking and chefs, re-focus attention on U.S. agricultural diversity, catapult the local food movement, and elevate cooking and working in restaurants to the status of “worthwhile” occupations and careers. It has provided enormous pleasure and entertainment value, fueled a vast expansion of culinary schools, and resulted in a notable contribution to our GDP.

Celebrity brought weighty and expensive expectations upon chefs and restaurateurs, specifically the rising cost of doing business as a restaurateur in “high dining” cities like New York, San Francisco, Chicago, and Los Angeles. Cutting-edge design and the high-profile locations expected of new restaurants showcasing new cuisine resulted in rising commercial rents that compelled restaurateurs and chefs to take big risks. After the fiscal crisis and decades of high crime in New York City during the 1970s to 1990s, the restaurant boom helped rejuvenate entire neighborhoods, shepherded in gentrification (for better and worse), made city neighborhoods destinations, and kept people in town to dine out after work. As graduates of culinary schools and restaurant kitchens caught the entrepreneurship bug, more restaurants launched.

Some of my chef and restaurateur friends and clients started to become concerned about a crash about ten years ago. They cited many issues, especially rising rents, the sting of wanting but not being able to offer worker benefits, the desire to create more balance between front and back of the house, and commitments to purchase higher quality ingredients, including local food that shores up producers and regional economies but doesn’t necessarily translate into restaurant profits. As Gabrielle Hamilton eloquently and starkly described in an April New York Times Magazine piece between the rising cost of everything, the finite number of seats and meal periods, and competition with many new restaurants for the same clientele, restaurateurs were running out of options of how to make the economic model work—and not talking about it.

In the case of independent, chef-driven restaurants, most have, consciously or unconsciously, created a new sector of the restaurant industry, with a fast-growing economic contribution that came without political representation, or, as we’ve recently learned, government support. The National Restaurant Association never felt relevant to these business owners, but there was no urgency to initiate a different form of representation—until now. The Independent Restaurant Coalition is working to save the restaurant sector, advocating crucially needed benefits to the 11 million people who work in this large sub-sector. I hope it works, and hear they are close to getting congressional approval for much needed financial support.

It’s too soon to know what will happen to restaurants in the long term. While many are in the business of predicting, I’m observing, reflecting, and focusing on which are the right questions to ask to spark a more resilient framework for restaurants.

What need do restaurants serve, and how can they best serve that need? Who are the leaders that will understand, embrace, and rise to the complexity of what the physical, economic, and social environments are now dictating? What will those leaders need to learn and do, and what type of support will they need to refine and launch new business models? (There will be new business models.) What policies will form that enable a resurgence of restaurants in the new paradigm? What usury and waste will be removed from the system? How will economics square with climate change and social justice? What actors are essential to be at the table now?

From where I sit, the most urgent conversations to take place are with a few key actors:

We need expert facilitation for these crucial conversations. From this baseline, we can more easily begin to apply an integrated food systems approach, form responsible policies both internal to and supportive of a healthy restaurant sector, and, critically, work to build back consumer trust.

I’m suggesting a systems thinking approach, which is never a short-term effort nor a quick fix. We must, as Donella Meadows said, “see and listen to what the system is telling us” and work to integrate its elements and values to create something much better, something that no single element can do in a vacuum. From this, I believe, the next generation of dining experiences can emerge. Some of these, I remain confident, will continue to take place in restaurants.