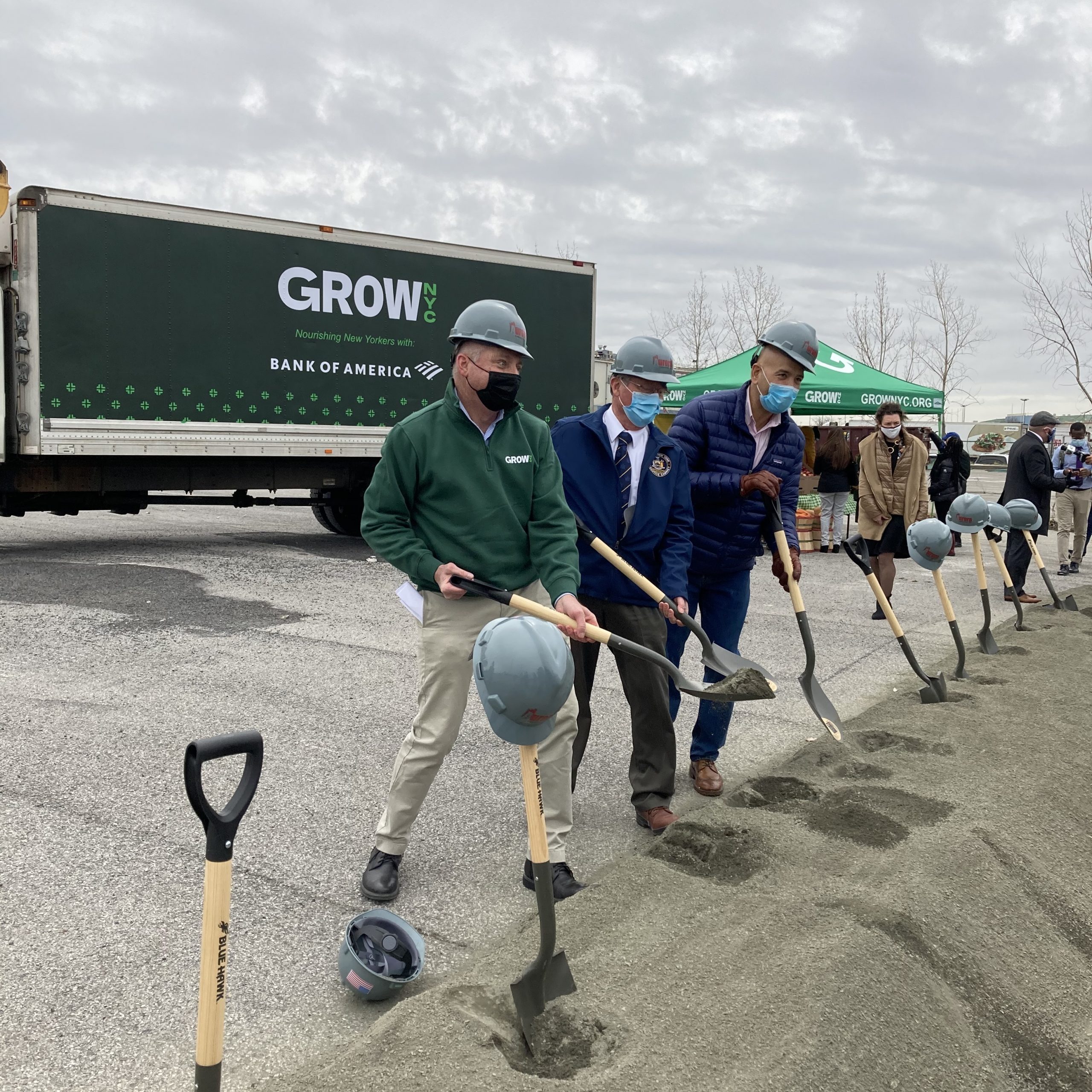 Karen Karp was pleased to attend the recent groundbreaking of the New York State Regional Food Hub in the Bronx. The 60,000-square foot food hub will help to increase food access and food security while growing the business of regional farmers.

The $39 million project will take about 18 months to complete.

It is a first-of-its-kind, publicly funded food hub dedicated to supporting regional farmers that will serve as a model throughout the country.

KK&P has been involved in the project for nearly 20 years. In 2003, KK&P and partner Market Ventures, Inc. were retained by New York State’s Department of Agriculture and Markets. The Department tasked us with determining the feasibility and operations requirements for a marketplace for direct sales of local agriculture, food, and horticulture products to wholesale buyers such as restaurants, retailers, manufacturers, caterers, and institutions. KK&P focused on quantifying supply ($200 million) from farmers in New York and adjacent states and demand (about $1 billion) for local food among NYC Metro area wholesale buyers. We also worked on the pre-development of the market’s location and facility, management specifications, and a business plan.

In December 2014, Governor Andrew Cuomo announced the formation of a New York City and New York State Regional Food Hubs Task Force. It was comprised of representatives from five government agencies: The Governor’s Office, the office of the Mayor of NYC, Empire State Development (ESD), New York City Economic Development Corporation (NYCEDC) and the New York State Department of Agriculture and Markets (NYSDAM). The Task Force was charged with identifying catalytic capital investments and programmatic solutions that would expand the distribution of regional foods in and throughout the state and city in the short and long term. KK&P served as the facilitators of the Task Force. In this role, we led all primary research, which included over 40 stakeholder interviews, and the creation and administration of an online survey to a broad array of stakeholders. KK&P also coordinated the working group to formulate recommendations based on the research and to create an action plan. The plan included four broad concepts that, taken together, comprise a comprehensive investment, policy and catalytic business support system to expand the regional agriculture economy that will provide more equitable access to local, fresh, and healthy foods in New York City and beyond.