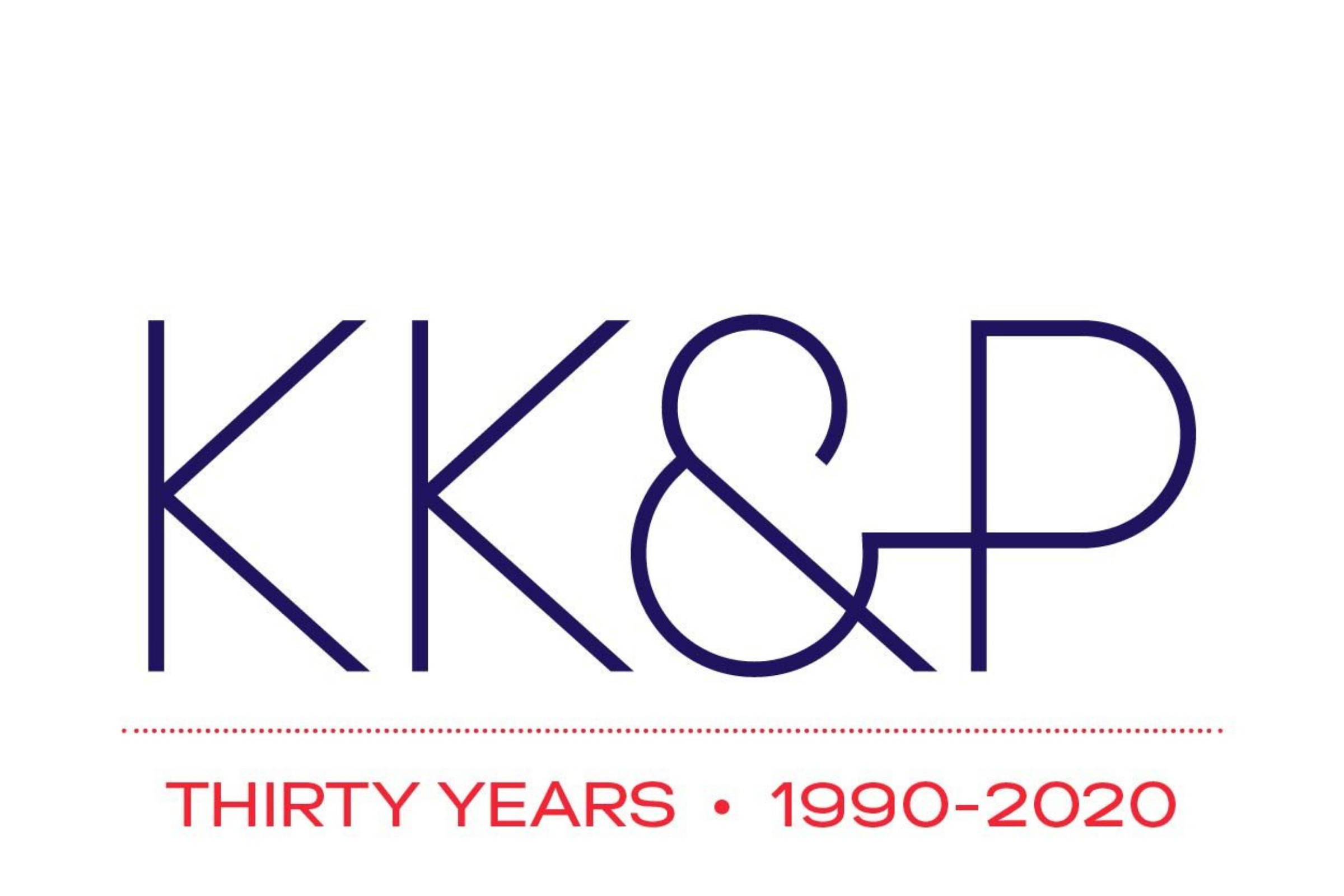 Karen Karp & Partners celebrated 30 years in business this past May. Throughout 2020, we’re marking the milestone by examining our work in the fields of healthy food and health care access, regional food economies, and supply chain sustainability. We’re also reflecting on how we can address the most pressing issues of our times, including creating more resilient supply chains to abet future crises and building more equity across agriculture, food and health innovation, policy, and business. Earlier this year, founder Karen Karp spoke about the beginning of KK&P from 1990 to 1995 and KK&P from 1996-2000. In this new, condensed, and edited interview, Karen and Senior Consultant Shayna Cohen talk about the following five years, Karen’s return to the U.S., and the beginning of the local food movement in this country.

In KK&P’s first ten years, you hadn’t done work “further up” the supply chain into agriculture. How did that change in the next ten years? Did that change come to you, or did you seek it out?

Karen: The short answer is I sought it out because if you’re going to do anything concerning sustainability and food, it’s critical to focus on agriculture. I didn’t know exactly what that would look like in terms of projects or clients, but one day shortly after proclaiming that I was forwarded an RFP (request for proposal) from John Krakowski, a colleague then with City Harvest, with a note, “This has your name written all over it.” The RFP, put out by the NY State Department of Agriculture and Markets, was for feasibility research into a “wholesale farmers market,” a wholesale food aggregation and distribution facility where farmers would be able to sell directly to commercial buyers in wholesale quantities.

How did the way that you saw the food system change as you started doing that work?

Karen: It made me realize how things worked across different sectors of the supply chain than I was familiar with, and in turn, forced a systems-thinking approach.

Shayna:  My primary task on that project was to interview distributors, farmers, restaurant owners, and buyers. I realized quickly that I didn’t know how they made decisions, what the specific factors were that they looked at when they were considering new suppliers, and the relative value of buying local food as part of their business. I learned very quickly that I needed to understand how decision-making works and what they care about in order to interpret their answers to my questions.

From that project, which took place in two phases over about six years, KK&P became engaged in other local food work, initially through an evaluation of the NYC SchoolFood Plus Initiative, and later taking on creating a strategy for and actually brokering deals for local food for NYC Schools. Since 2002 a large percentage of the KK&P portfolio has been grounded in expanding the supply and demand for local food at scale.

Karen: The work with NYC Schools was extremely challenging, in ways both similar to the Wholesale Farmers’ Market and different. NYC SchoolFood is another huge system—not geographically, and not a multi-sector system per se. But imagine this: 1.2 million school children, 1,600 schools, and 960,000 meals per day served. We had to find the right way in, and that took a while. I knew we could not—and we would not, because that’s not our way—propose to dismantle the existing system. The consultant hired before us to do what we were trying to do had proposed that and was summarily dismissed.

In fact, I will never forget one of our most meaningful learnings from this project, when the Executive Director of SchoolFood said to us, “Every day I wake up, and the most important thing to me is that we get 960,000 meals prepared and served and that we create access for kids to these meals and that nobody gets sick or dies.” This made me think, “So, how to inspire change when the leader resists—strongly?” That was a challenge we hadn’t faced before.

Shayna: Yes, I remember that too. It was a moment where I paused and thought, “OK, what he’s describing is a massive accomplishment, and we should be providing congratulations to this client regularly for what they’re pulling off every day, all with a staff with minimal culinary skills in schools and kitchens with minimal infrastructure.” What I also heard from him in that statement was, ‘We don’t change things quickly. We do what we do, and we’re proud of how we do it, and we’re going to keep doing it that way because it’s working.’

Shayna, as KK&P’s longest-term employee, how do you see the company’s work on these early food systems projects — wholesale farmers’ market and later the local procurement work with NYC SchoolFood — laying the groundwork for the identity of KK&P in the years since?

Shayna:  What we learned about wholesale local food purchasing and regional supply chains in those projects was key foundation to so much work that came after. But also, strategically, I think about the work we did in those same years with the Sustainable Food Lab, a global organization that works with the largest global food and agriculture companies to, as they say, “mainstream sustainability.” Even though they focused on big companies, they had a customized approach to thinking about how the sustainability metrics used should relate to a company’s values and what they care about. It seems obvious, but I think sometimes, when you’re so focused on data—how to measure sustainability and what sustainability looks like operationalized— it’s easy to forget the personal side and that you need to meet a client or business where they are. I think KK&P has always been very good at that, and it’s a skillset we homed in those years: We think about how we customize and grow something new, but how to use a client’s existing values—what matters to them—as a foundation.

With the SchoolFood project, I remember that we were learning what was important to leadership—food safety, nutritional quality, leveraging USDA commodity product— and how to work our way into this.

Why did that happen during this time? Was it the nature of the projects, or were there other things going on?

Shayna: Local food was becoming a mainstream idea, and we were ahead of that curve. Those years were also the years before we launched the “Good People” part of our business, but in those years, that was starting to germinate. It was the whole idea of the people who make the change, but part of it was coming through our stalemates; we realized the project is only as good as the buy-in of the person who will execute on its final deliverable.

Karen: Yes, and here is where I think you and I also developed our now almost two-decades-long rhythm of working together. You were trying to understand the mechanics of the system as a system, starting at a high level and working down, so to speak.

Shayna: And the way you approach this is starting with what you know from your experience working in restaurants, specialty food retail, small scale manufacturing, and your family’s background working directly with farmers, selling them supplies, and working “up” the chain to codify patterns of behavior, industry norms that form a baseline for how we develop our line of inquiry or point of view.

Karen: Yes, and as you’re creating a systems diagram of how all the pieces fit together, you’re forming relationships with everyone, in a very personal and — I have to say — endearing way. I mean, that’s completely who you are, and that’s been your life and your brand right within KK&P. We are both relationship-focused, but we approach it from different angles.

Shayna: As you’re describing this, I’m realizing that also what emerged in those projects, the wholesale farmers’ market project, the SchoolFood evaluation, and then our first project in Tioga County, where we were tasked to understand how farmers in the region might meet new marketing and distribution opportunities due to a State Highway becoming an interstate, was a way of pairing quantitative and qualitative research methods and findings and weaving them into a narrative.

Karen: Yes, this approach had its roots in the early 2000s and is the basis for our approach on almost every project. We get the stats, and then we dive into the people, their needs, their understanding of whatever it is we are inquiring about, and then interpreting the data through these personal lenses.

If we could go back to your time on the wholesale farmers’ market project, what advice would we give our younger selves?

Karen: Be more confident in my intelligence and my project management capability, even if I didn’t really know the topic as deeply as the clients did. It would have absolutely made the projects of those years take less out of me. I’m super proud of the results, the outcome, but it took too much out of me.

Shayna: I was in my mid-twenties when I started working with KK&P in 2003, and I had wanted to work in local food for a long time, but I had not found the right outlet for it. I was unsatisfied with how compartmentalized most food work was. You could work on food access, food education, gleaning, or work on a farm, but I was hungry for that systems’ perspective and thinking about what food enables and what all the different issue areas that collide in the food system. I would tell my younger self, “You were right, that’s what matters, you lucked out, and you found a way to think about all of those things at once.” I would advise myself to just trust in the value of being a generalist.

And what do you think your younger selves would be most surprised by in 2020?

Karen: I think my younger self would have been surprised to see how broad and deep and extensive of a portfolio we were able to build around the local food movement.

Shanya: When I left my job to come work for you, it was part-time, and you said, “It’s one project. I don’t know what the longevity will be here.” I remember thinking, “Well, let’s do this.” And here we are. There’s been nary a break. There’s been a consistent, tremendous range of compelling work.