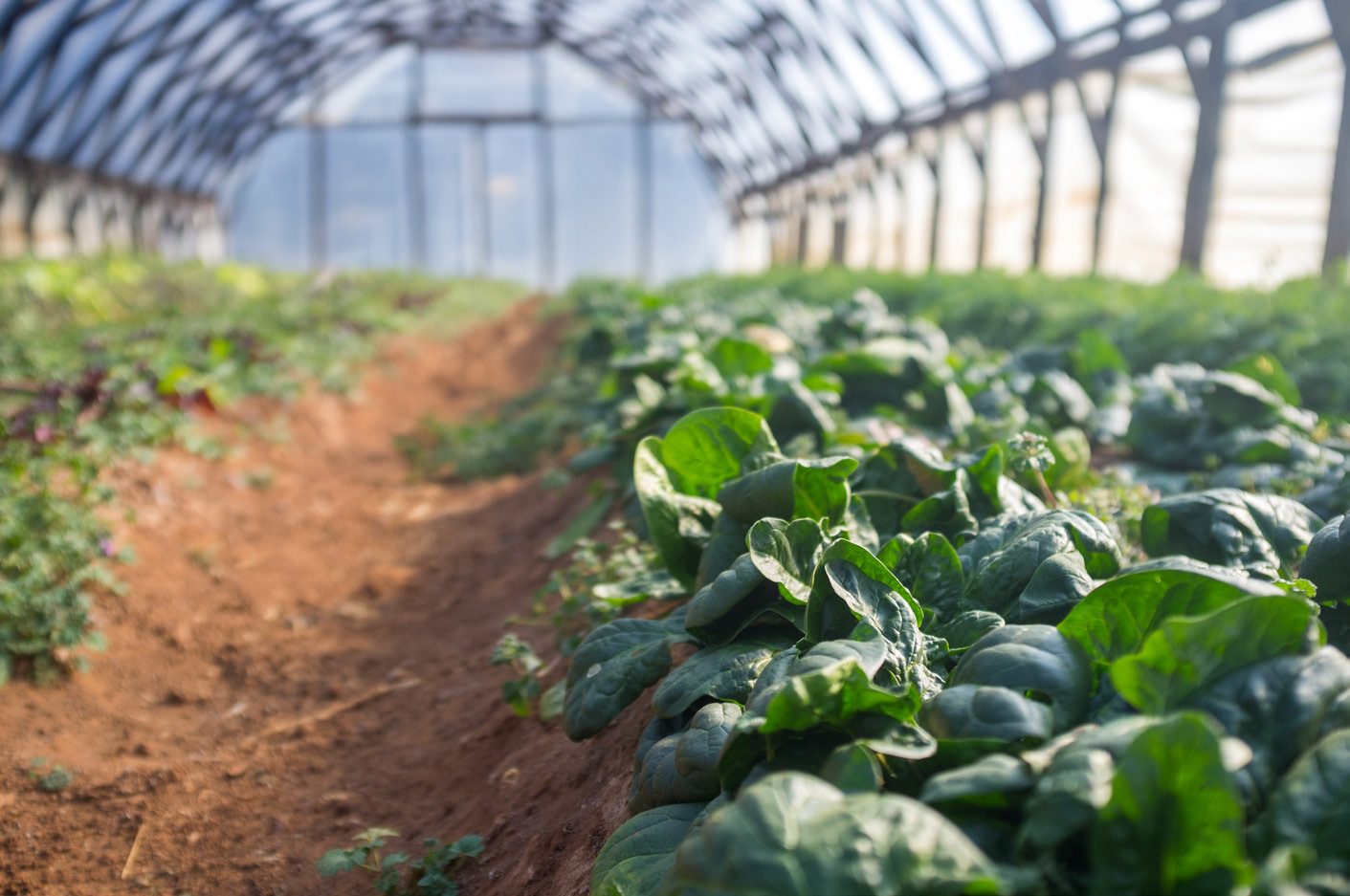 It’s been nearly a year since my first visit to Charlotte, North Carolina, where KK&P recently wrapped up a regional food economies project to strengthen the city’s farmers’ market system and local food supply chains. Over the course of that time, we’ve gotten to know the Charlotte area’s food system and stakeholders, and developed a set of recommendations that are designed to advance the development of the food system, with benefits accruing to farmers, food entrepreneurs, and residents.

We were tasked with researching four pillars of the food system – farming, markets, wholesale activity, and food access – to identify actions that could leverage the power of farmers’ markets to achieve broad impact across the food economy. We teamed up with our frequent collaborator Ted Spitzer of Market Ventures, Inc. and three local team members: Erin Brighton of the Charlotte-Mecklenburg Food Policy Council, Jillian Hishaw of the non-profit FARMS, and Lynn Caldwell of Charlotte-based food consultancy Suede Onion.

As with many KK&P projects, our research was anchored in robust cross-sector stakeholder engagement. We interviewed over 40 stakeholders, including farmers, distributors, agriculture and food system experts, farmers’ market managers, and food access advocates. We also facilitated three focus groups and two public meetings. People we spoke to believe in the potential of Charlotte’s regional food system, and generally agreed that it wasn’t meeting that potential.

We also performed a benchmarking analysis that compared Charlotte to a cohort of 10 other U.S. metropolitan regions, using data from the USDA Census of Agriculture, the American Community Survey, and other USDA datasets. The results were striking and provided a data-backed confirmation of what previously had been just anecdotal impressions. A few examples:

The Charlotte MSA region had the lowest share of direct-to-consumer farm sales (as a portion of total farm sales) of any region in the cohort.

Per capita production of fruits and vegetables in the region was much lower than several other cities in the cohort.

Despite these shortcomings, Charlotte has some important assets to leverage: the region, consisting of 900,000 farmed acres in 10 counties, has a significant amount of land in agricultural production, the city has significant buying power (with a relatively high median income), and the local food movement is gaining steam. By our lights, the Charlotte region has the ingredients of a strong and vibrant regional food system, and some near- and medium-term easy wins ahead of it, provided its stakeholder community and city and county governments collaborate to pursue them. 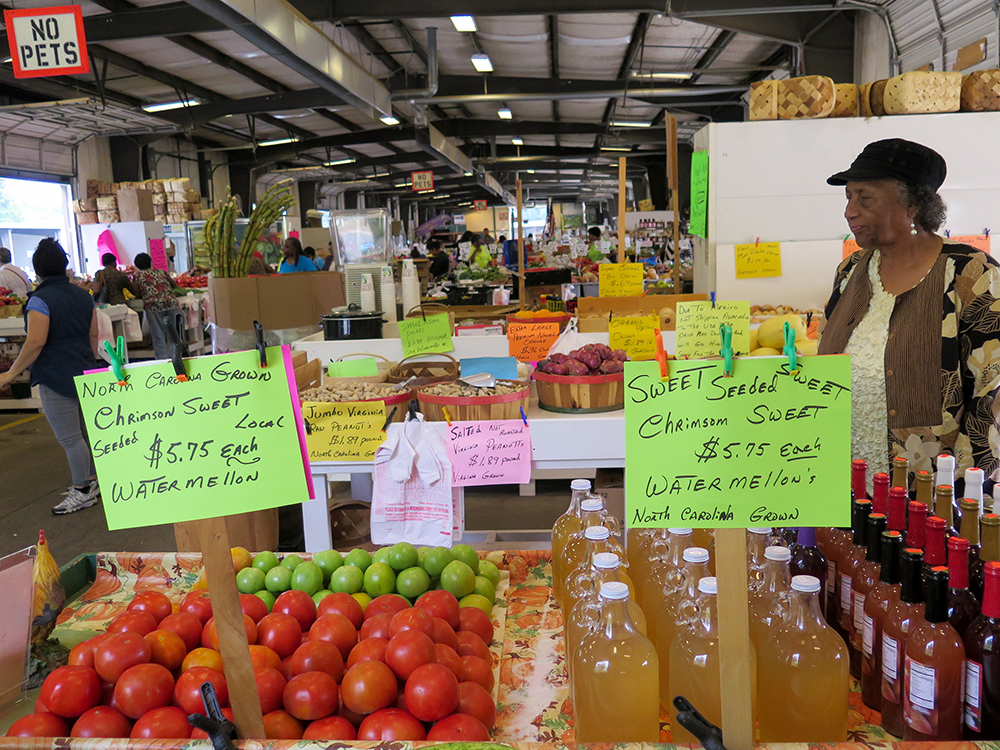 Our team developed four recommendations to guide the city and food system stakeholders in working together to strengthen and expand the region’s food economy, with a focus on the potential of farmers’ markets:

In 2017, Charlotte had 16 independently operated farmers’ markets. The Charlotte Farmers’ Market Association would provide a platform for these markets to share information and resources, collaborate on joint marketing, and roll out system-wide SNAP redemption.

Charlotte is home to one of North Carolina’s four state-run farmers’ markets. By many measures, Charlotte’s market underperforms compared to the state’s other markets; at the same time, it is the city’s largest and most highly trafficked market. Our team outlined a number of improvements that the state and partners could pursue to maximize the market’s impact and success.

We believe that Charlotte has the potential to sustain one or more additional large-scale farmers’ markets or public markets, and that these markets could help raise the visibility of the region’s local food economy. We suggest some near-term activities to research and lay the foundation for a major new market (or markets) in Charlotte, while also providing support for the city’s existing markets.

4. Maintain and increase the production of food in Charlotte’s ‘foodshed’, especially by supporting career pathways and improved livelihoods for the region’s farmers.

Our team found that the region needs to increase the volume of food it produces in order to meet demand. We recommend a range of activities and supports that will help sustain farming as a viable profession while encouraging cross-sector collaborations that take a ‘regional foodshed’ mindset. 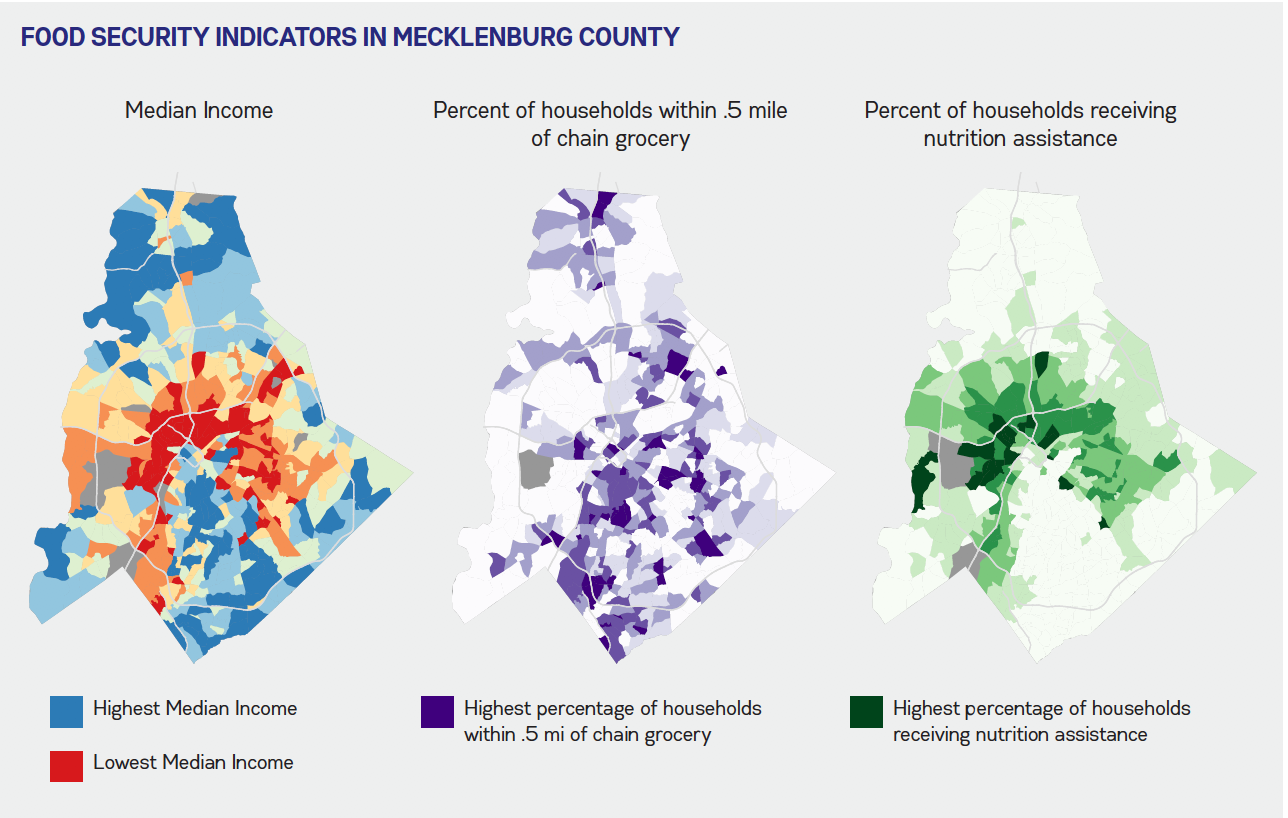 Read our Final Report or Executive Summary to find more detail about our research and recommendations.

The City of Charlotte and its food system stakeholders have already begun to take action to pursue these recommendations. In particular, a collaboration of organizations has come forward to express interest in taking on the market association. During our final visit, stakeholders commented on a sense of unprecedented momentum and collaboration that they hope will lead to real and meaningful growth in the Charlotte region. We look forward to seeing what they can achieve and hope to find additional opportunities to continue our work in the region.