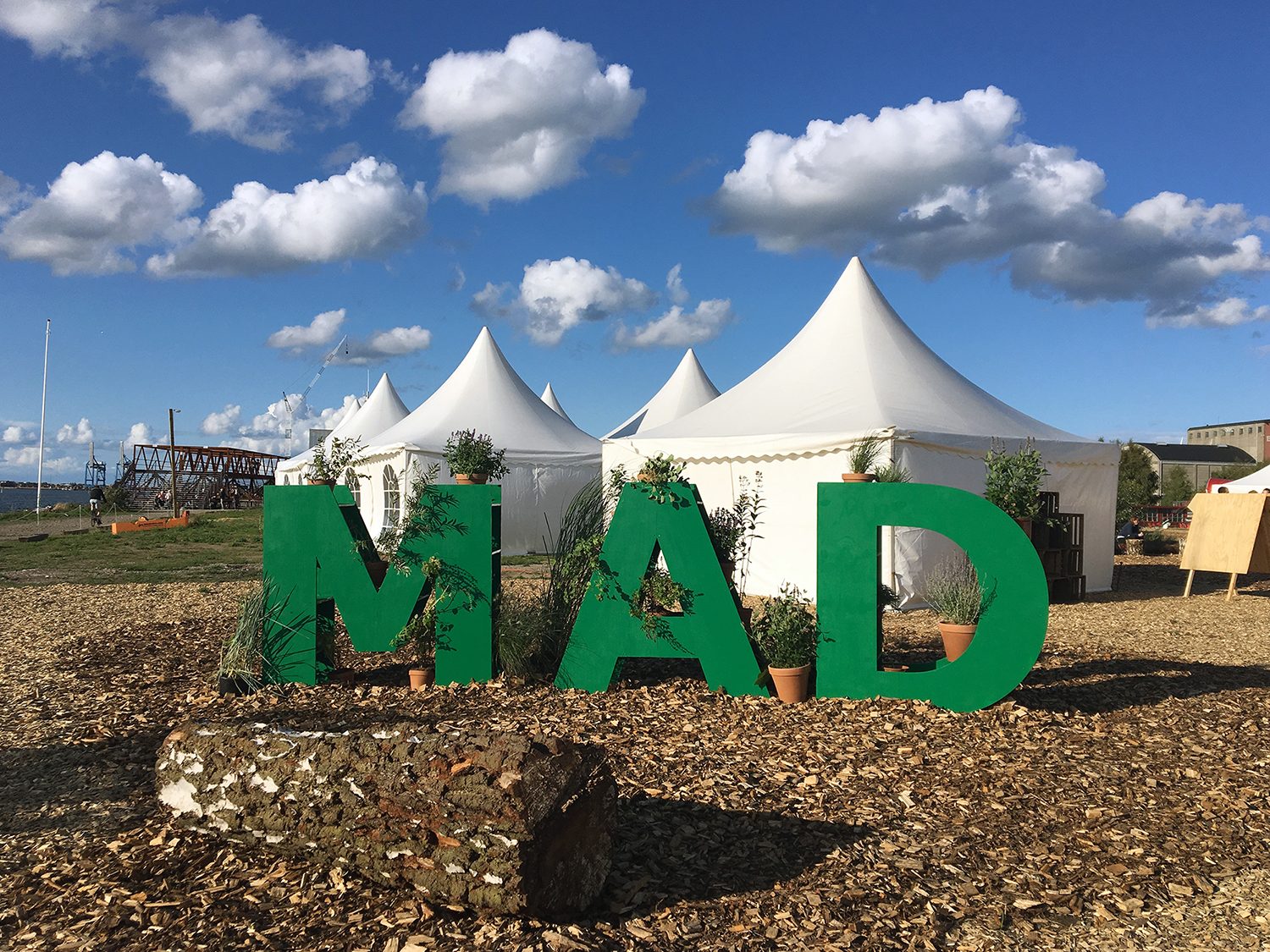 The Sixth MAD Symposium, subtitled “Mind the Gap,” ran August 26th and 27th in Copenhagen, and I had the great pleasure of attending the event and indulging in those two days of talking, thinking, and hospitality. The entity behind the event is MAD, an organization founded by the chef Rene Redzepi that has as its stated goal “transforming our food system by giving chefs and restaurateurs the skills, community, time, and space to create real and sustainable change in their restaurants, in their communities, and across the world.”

The event has admirably evolved from its early days in 2011, when the reputation I observed and heard was that of a gathering—perhaps cool, perhaps self-indulgent, undoubtedly fun—of the world’s new generation of cutting-edge celebrity chefs, the ones who for the most part had a famous home base restaurant, a strong media presence, and rapidly increasingly influences over the direction of the culinary field. These were personages like David Chang, Massimo Bottura, Alex Stupak, Alex Attala, and Daniel Patterson—a kind of exclusive group of esoteric, international indie-rock chefs.

At the sixth annual gathering last month, however, the celebrity chef aspect of MAD was not especially prominent—whether due to an intentional shift by the organizers, due to growth in audience size over the intervening years, or due to a natural evolution in where those chefs are putting their attention. Whatever the reason, it’s a good development for the Symposium. A more diverse audience seems to be attending, finding a platform, having critical conversations, and leaving with ideas and inspirations. That growing diversity was expressed in many ways at MAD (relative to the culinary sector generally and culinary conferences specifically)—a significant number of women, a wide range of skin colors, non-famous chefs from far-away places, professionals from non-restaurant food businesses, and people from every stage of the career ladder. Yes, tattooed white guys with beards were heavily (over)represented, but we were in Scandinavia, after all.

MAD’s attention to “minding the gap”—the gap between those who cook and toil around the world and those who are given a public platform and a voice in media—was, most importantly, given quite significant prominence on the main stage. The #MeToo movement that has rocked the movie, media, and culinary worlds over the past year was a core theme throughout the Symposium.

After warming up the crowd physically (with coffee, breakfast, and the Big Red Tent) and emotionally (with Jay Fai demonstrating her crab omelet technique and other speakers), the second half of the first day featured a wrenching talk by Trish Nelson, the former employee of the Spotted Pig restaurant who publicly accused owner Ken Friedman of serious sexual harassment, and then a panel discussion led by journalist Kim Severson, who authored the article featuring Trish’s allegations, alongside Wade Davis, a former NFL player and now corporate inclusion consultant, and Lisa Donovan, a James Beard Award-winning pastry chef from Nashville who has detailed her own experiences of sexual violence in the restaurant industry. This one-two punch of #MeToo real talk was by far the most intense two hours of content I’ve listened to at a food conference, and it was very effectively executed. 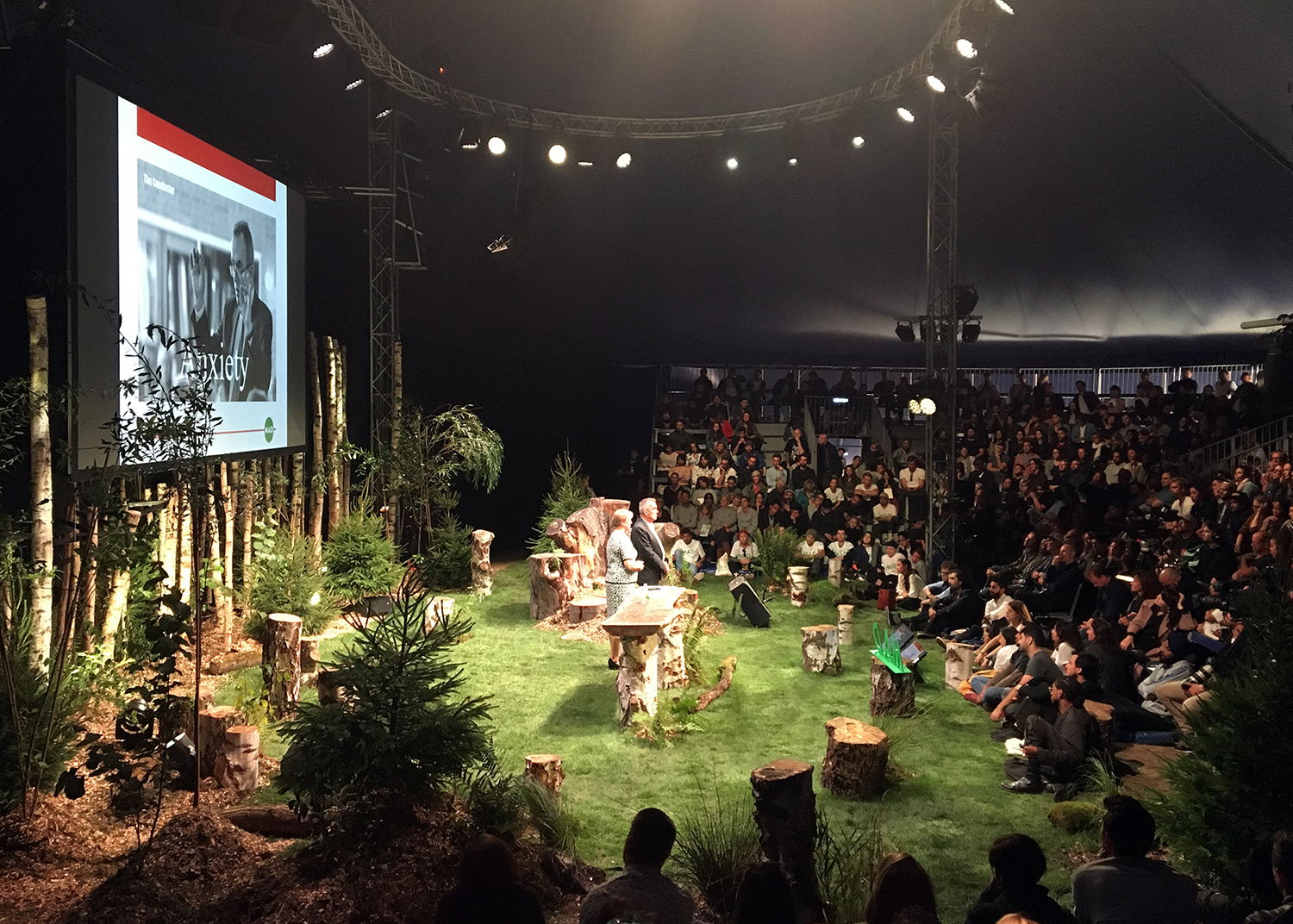 In terms of hospitality, attendees would expect nothing less than the best from an organization associated with Rene Redzepi and Noma. Unsurprisingly, that’s what was doled out, from the first ferry ride to the final party. Every part of the food, beverage, transportation, and amenities program was executed with elegance, warmth, speed, and quality, though never with a focus on the luxury or exclusivity that would be expected in many of the restaurants in this event’s orbits. The staff and volunteers had a clear mission to make everyone feel welcome and comfortable throughout the Symposium, and to do so with ease and cheer.

If MAD can continue on this track, under the guidance of Executive Director Melina Shannon-DiPietro, it may join the ranks of the most impactful and thoughtful food conferences each year and shed the cool-chefs-only vibe of its early days.