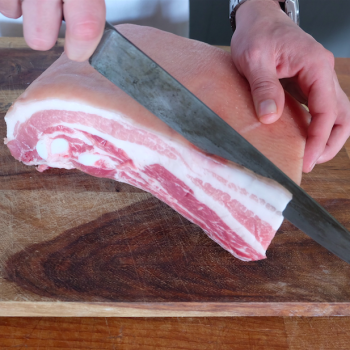 I was honored to be asked to facilitate the session “Anatomy of a Deal” at the 2016 Food & Enterprise Summit. This was for a couple reasons: One, the opportunity to look underneath the hood of a model modern food business, Fleishers Craft Butchery. Another was the chance to put one of my core beliefs into practice: that conversation — asking questions, hearing the answers, and working off of nuance — is the key to progress on food system change. The meat 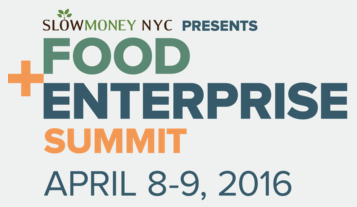 industry is a prime example. Big Meat is shrinking and stagnating, but the niche segment occupied by the likes of FCB is growing 15-20 percent every year — all while selling a higher-priced, higher-quality product. Our challenge is to spark similar shifts across the food system.

To lay the groundwork for a productive session, I conducted three preparatory calls with Fleishers’ leadership team, in which we discussed the framework of what would be an engaging, enlightening conversation at F&ES. Here are some highlights:

FCB thinks big … In a move that the team considers more evolution than consolidation, Fleishers and Craft Butchery merged to produce better meat for customers, farmers and the land itself. “Governance is bond,” butcher and CEO Ryan Fibiger said of the process. Now encompassing four retail locations in two states, a restaurant, and a USDA-certified butchering facility and classroom, FCB has its eyes on an even grander vision: a vertically integrated, regionally focused food system.

FCB’s strategy to realize their vision is wholly dependent on turning the traditional impact of vertical integration on its end. Theirs creates a more equitable economic distribution all along the supply chain. For example, FCB spent over $3 million in 2015 on the direct purchasing of animals, meat, slaughter, and processing in upstate New York. That farm income will generate six to seven times that in the local economies where FCB’s farmers live and work. “We eek out the smallest of margins because of the value that goes into these products,” Fibiger said. “Investing upstream in quality is meaningful to the bottom line.” It also uniquely positions FCB for growth: “We’ve inverted the relationship,” said chief of business development, Christophe Hille said. “We own the cows on our balance sheet. No one else in the regional beef business is doing that.”

… But it still acts small. This enlarged scope doesn’t sacrifice the mom-and-pop ethos that earned FCB its loyal customers. “The touchy-feely stuff is our margin,” said butcher and chief operations officer Samantha Garwin. Customers want an old-school butcher shop with modern convenience — what Garwin calls “the Apple store combined with the feeling of shopping with grandma when they were five.” This high-touch customer service is a bedrock principle of the business, and it isn’t going anywhere. 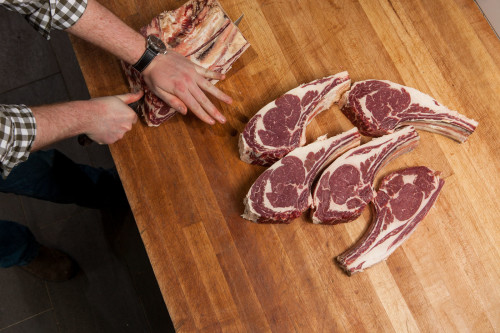 It knows that funding purgatory is survivable. Right now, FCB is in a “no man’s land” between its last and next investment rounds, but the team knows it has to push through. “It’s stressful because we were undercapitalized from the beginning, and the first round wasn’t enough money,” Fibiger said. “We finally have the blueprint to responsibly scale this niche business, and we’re confident that the next six months will be transformational for us.” To mitigate risk, FCB is hedging futures on feeder cows on the Chicago Mercantile Exchange.

And it understands that sometimes you have to be your own model. “We are the only company that has tried to take the leap from mom-and-pop to serving a region,” Fibiger said. Being first — being innovative — means taking risks. One of FCB’s was not scaling enough earlier, but it’s learning from that decision. “You need a good plan,” Garwin said. “We are a niche business amongst other niche businesses. In scaling up, we are forced to bring people along with us or build it ourselves.”