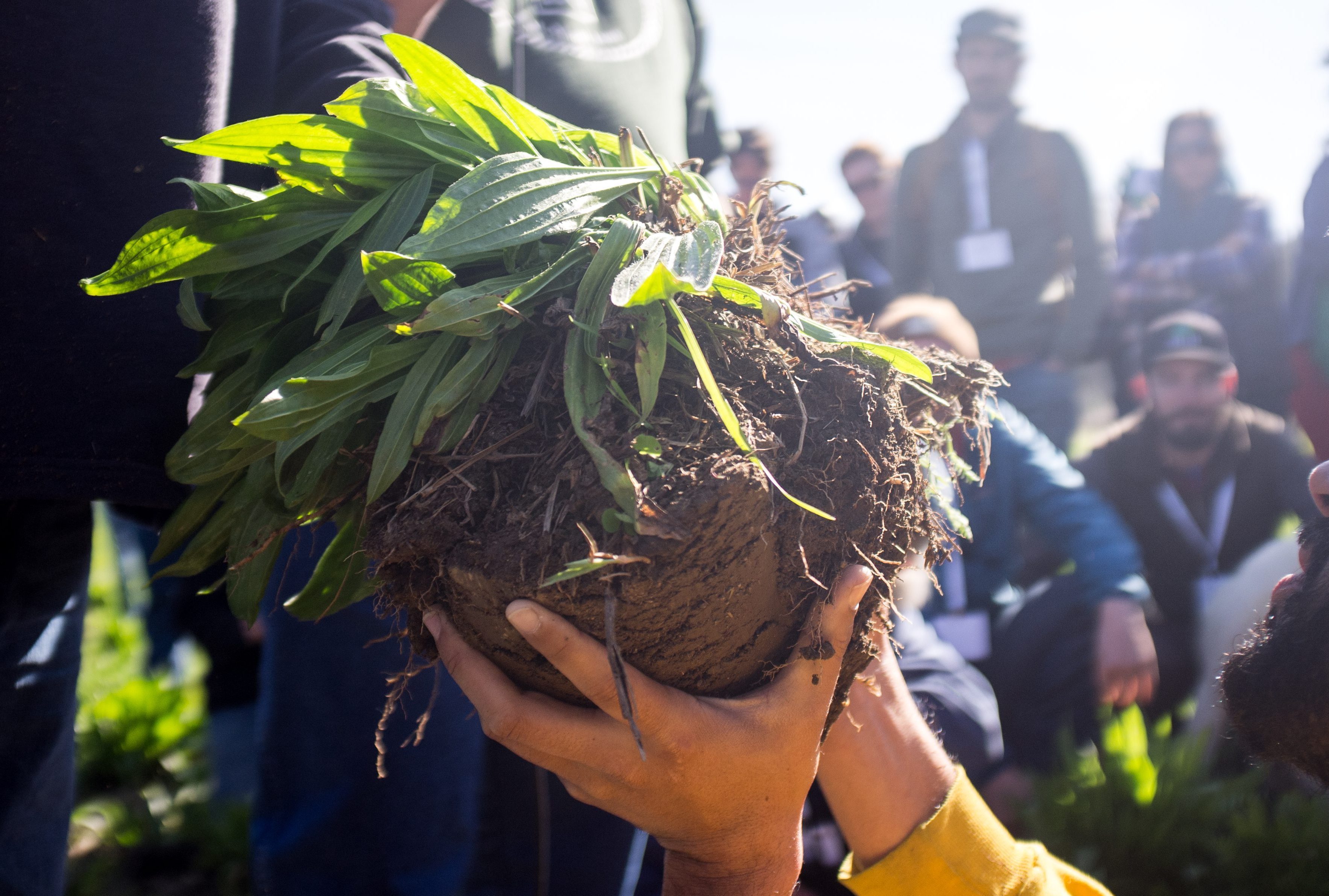 You know what I’m talking about.

But for this annual reflection and forecast I want to share an experience from November 9th, 2016. That’s right, the day after Election Day. I had just returned from Europe and looked forward to the long-planned post James Beard Foundation Food Summit all-team debrief. Just three weeks earlier we’d had our most successful summit by all the usual measures: a sold-out event; thousands of Livestream attendees; the highest-ever social media and traditional press impressions; high scores on post-event surveys; and, in the final days leading up to the presidential election, a gregarious confidence that the election would turn out…well, not how it did.

Our 2016 Food Summit topic was Now Trending: The Making of a Food Movement, where we set to define what movements are; dug into whether the progress of the prior 10-20 years, and especially the last eight, had finally hit a tipping point where food values (such as healthy, fair, flavorful, and sustainably-produced—though not necessarily in that order), were cresting to the mainstream. After all, the momentum reached the top: The Obama White House—POTUS and FLOTUS, separately and together—built on the decades-long commitments of non-profits to craft a feasible way for companies to join in, resulting in policy momentum at the federal, state, and city levels. It seems like we had a movement indeed, and nothing could stop it.

Yet on that grey, wet, early November morning, the full team—about 20 people from four organizations—sat despondent. What just happened?

Nearly an hour into our allotted time, I moved from one end of the table to the other, where my partner Mitchell Davis, Executive Vice President of the James Beard Foundation, sat. We communicate very well non-verbally and had been exchanging glances and asking silent questions of each other for about an hour. We reached the same conclusion, which I went over to confirm: our community needed us now, and more than ever.

On that day, in that moment, we established that we had to keep moving the needle forward, both as participants and as leaders in this community.

We need to be Resilient: steady, consistent, committed.

As I recall, we eventually and rather quickly sped through the debrief and soon set upon discussing what topic might capture the essence of pre- and post-2016 election. Specifically, if government was not going to—as seemed likely even then—carry progress forward, who would?

What happened afterward became the development of our 2017 Food Summit, Consuming Power. This was our pithy way to say that people—individuals, and the entities we engage with most around food—the organizations we buy food from—have the power to progress the issues we care about related to the production, distribution, preparation, consumption, and post-consumption of food in the face of any transient political wave.

Resilience: Staying true to one’s values even when pressure to do so eases up.

My hypothesis was that since food companies had been taking such bold strides forward—on sourcing, health, and access, for example—these titans, that don’t shift direction quickly to begin with, would not knee-jerk themselves backward. I just didn’t think they would be reverting to, for example, polluting rivers if they’d slowed or stopped; they weren’t going to go back to producing food with trans-fats or high-fructose corn syrup if they’d pulled those ingredients; they would advance their antibiotic-free agendas; and they would not revert to obfuscating details of their supply chain if they had already committed to greater transparency. They would not continue to act in the background—they’d rise up.

I’ve been pleasantly surprised—but never gloating—that my hypotheses were correct: Based on quantitative and qualitative research we took on in 2017, we can show that Americans are not always who we think they are when it comes to demanding better food; and they are ready to continue taking food companies to task to satisfy this expanding demand.

As the months progressed, we became only slightly inured to the reality that our country was in massive disruption, and much of it not good (though some of it initially seemed, if handled right, possibly a little bit good). Our company has been directly impacted by this policy about-face. 2017 was the pivot year I suspected it would be, without knowing exactly what that would look like.

That said, our Resiliency as a company over 27 years is a result of our meeting our community—clients and partners—where they are, and staying steady in our support of them, even (or especially) when they are unsure themselves of where to go next. We will maintain this steadfast commitment in the years ahead.

Food companies are doing this. Stalwart brands are experiencing falling sales and product lines are saying “no” to the systems that have persisted in forcing growth in the center of the aisle (grocery, not Congress). They are expressing this by quitting the trade organization that continues to advocate for commodities, sugar, fat, and highly processed foods.

A knowledgeable and very influential food policy expert recently told a colleague, “Change isn’t going to happen from the inside,” but I beg to differ. Change comes from both within and from the outside, and it’s best when there is a healthy dialogue between the two. An example of this is how disruption and innovation are meeting corporate R&D: together.

2017 proved that we are spirited and can adapt to change we could not foresee. We saw the communities in which we work come together to build stronger roots and commitments. And we have been able to activate our own passions—in combination with our expertise, network connections and strong convener and business operations skills—to bring people together at home and around in the country. From Memphis and the Mid-South Delta, to the fisheries community in Monterey CA, across communities of Food Hubs in New England, and on our home turf, in the Bronx and on the High Line in New York City.

The food community irrepressible, strong, and pliant. The food community is attracting other sectors who are increasingly aligned with our values. In other words, we are resilient. We have unfailing energy and commitment will get us through turbulent times. Here’s wishing you a resilient 2018 (and beyond).