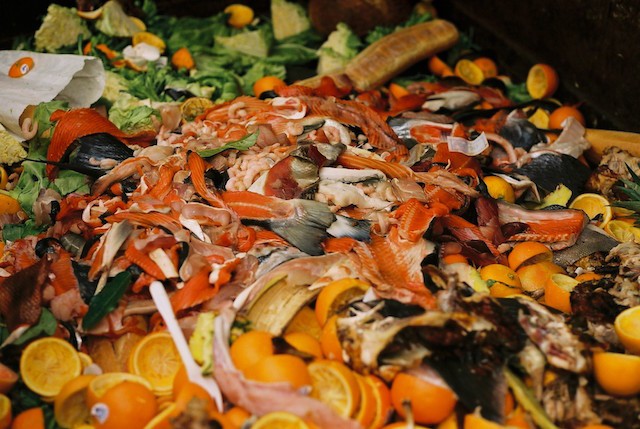 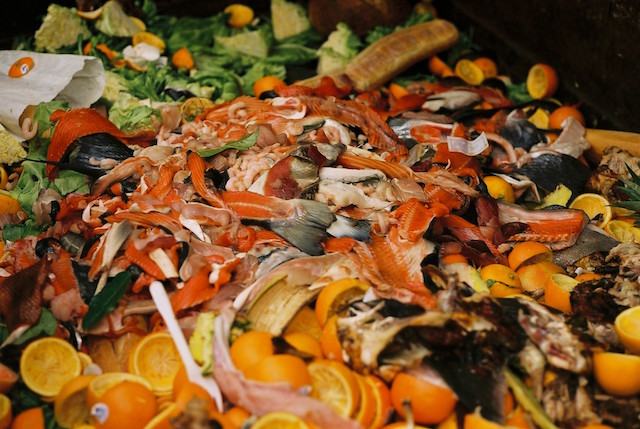 “Food Waste,” the ninth episode of “How Great Cities Are Fed,” a monthly talk show about urban food systems, hosted by Karen Karp & Partners founder/president Karen Karp with Ben Kerrick and airing on the Heritage Radio Network, focuses on the role of the middlemen in food distribution, and is now available for streaming or as a downloadable podcast here.

In this episode, Karen Karp and Ben Kerrick explore the changing realities of food waste. There has been a significant expansion in the amount of food waste since Walter Hedden’s book, “How Great Cities Are Fed,” was published in 1929. Today, we waste about 40 percent of our food in the U.S. But the federal government recently announced that it wants to cut that number in half by the year 2030.

To explore ways we might be able to achieve this ambitious goal, we spoke with a number of experts for this episode, including JoAnne Berkenkamp of the Natural Resources Defense Council; Dominika Jarosz of Feedback / Feeding the 5000; Christine Datz-Romero of the Lower East Side Ecology Center; Gena McKinley of Austin Resource Recovery, City of Austin; and Thomas McQuillan of Baldor.

“How Great Cities Are Fed” takes an in-depth look at 21st-century urban food systems, and how they have changed – or haven’t – over the past 100 years. Inspired by the 1929 book of the same title, this new series brings both contemporary and historical perspectives to the table for fresh and gritty discussions of topics like slaughterhouses, middlemen, rail and highways, street food, public markets, foodsheds, and food waste.

On each episode, nationally renowned food system consultant Karen Karp is joined by guest experts and friends from the food sector, delving into the issues and hidden workings of how our great cities are fed. Importantly, the show also offers a historical perspective on these issues, illustrating the too-often commonalities of supplier pressure, the evolving role of government, and the increasing impact of technology of all sorts on our food supply.

“How Great Cities Are Fed” offers food-focused listeners an up-close look at the ways that food moves through densely populated cities while targeting urban enthusiasts with an opportunity to explore the history, population, culture, infrastructure, policies, and future of cities.

Host Karen Karp is an engaging, experienced voice on the complicated political and culinary interconnections of how our food supply functions. She has 30-plus years of experience working all along the supply chain, and is known, individually and through her work with KK&P, as someone who has faith in systems, big and small, and works tirelessly to identify common ground between sometimes disparate actors along the chain.

Past episodes of “How Great Cities Are Fed” can be heard here.