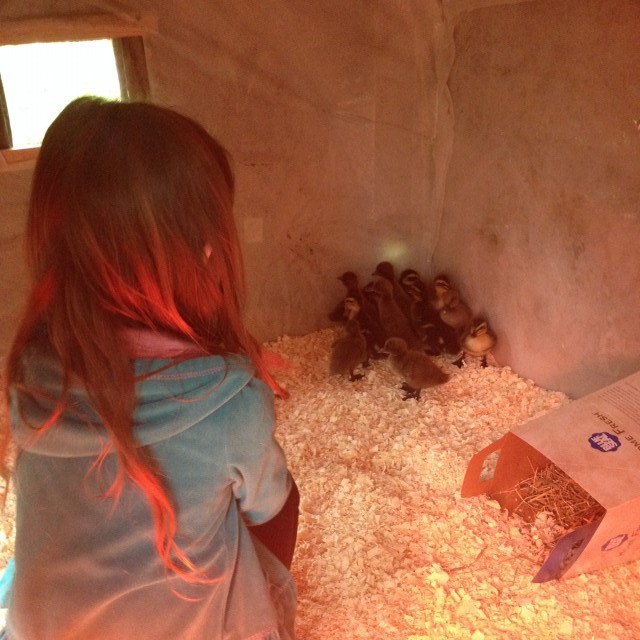 Late last spring, a dozen ducks came to live with us. My husband built them a house and a run, well-protected from predator cats and birds that, in actuality and in lore, prey in our area. He and our daughter painted a kind of raucous mural on the outside of the ducks’house.

We had known for months that they were coming. We had ordered them from our local seed and feed store (one of the last left in my home state, where the smallest scale of agriculture reigns), and we were excited to have animals roaming around and to relish the rich eggs they would provide. But what we didn’t fully realize was that when they arrived they would be one day old, and that we wouldn’t know for weeks how many, if any at all, were egg producers.

They arrived in a little cardboard box with a handle, like Dunkin Donuts Munchkins. It was still cold out at night, so with extension cords and red lights we made their house into a makeshift incubator. In the middle of the night, when we were up tending to the needs of the human babies in our midst, we worried about the ducklings, too. The runt of the group died in our hands on the second day, and another duck mysteriously disappeared a few weeks later, leaving just a few feathers scattered around a spot where he had never before been – a clue that he likely fell to a fox, like many a neighbors’ chickens before him.

The rest grew quickly and feathered out fully, revealing an almost even split of males and females. Soon they ventured beyond their house into the run, and beyond the run into the woods, where they found a favorite nibbling and nesting place near the oak logs we had inoculated with shitake and oyster mushroom spores just weeks before they were born.

At a meeting I attended the day after they arrived, a client warned me to establish some distance with my ducklings so they wouldn’t imprint on me (i.e. quack aggressively at my door or bust through the screens). This has turned out not to be a problem. The ducks move around as a storm-like entity, always together, and never very near to where the people are. They are reckless egg layers – I’ve found their rich and very delicious eggs in their house, nestled in the roots of trees, in holes in the ground, and in the middle of walking paths. I’ve seen them stumble over their own eggs when they run away from a wind or a sound. I often wonder about all those eggs I haven’t found.

It took them the entirety of the summer to do so, but as acorns started falling and corners of red were settling in on the maple leaves, they bolstered their collective courage to venture from the woods to the grassy area in front of our house (visible from my home office), where they now happily quack and peck the day away. 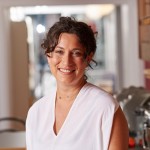